The Economic Impact of Reducing Your Reliance on Single-Use Plastics 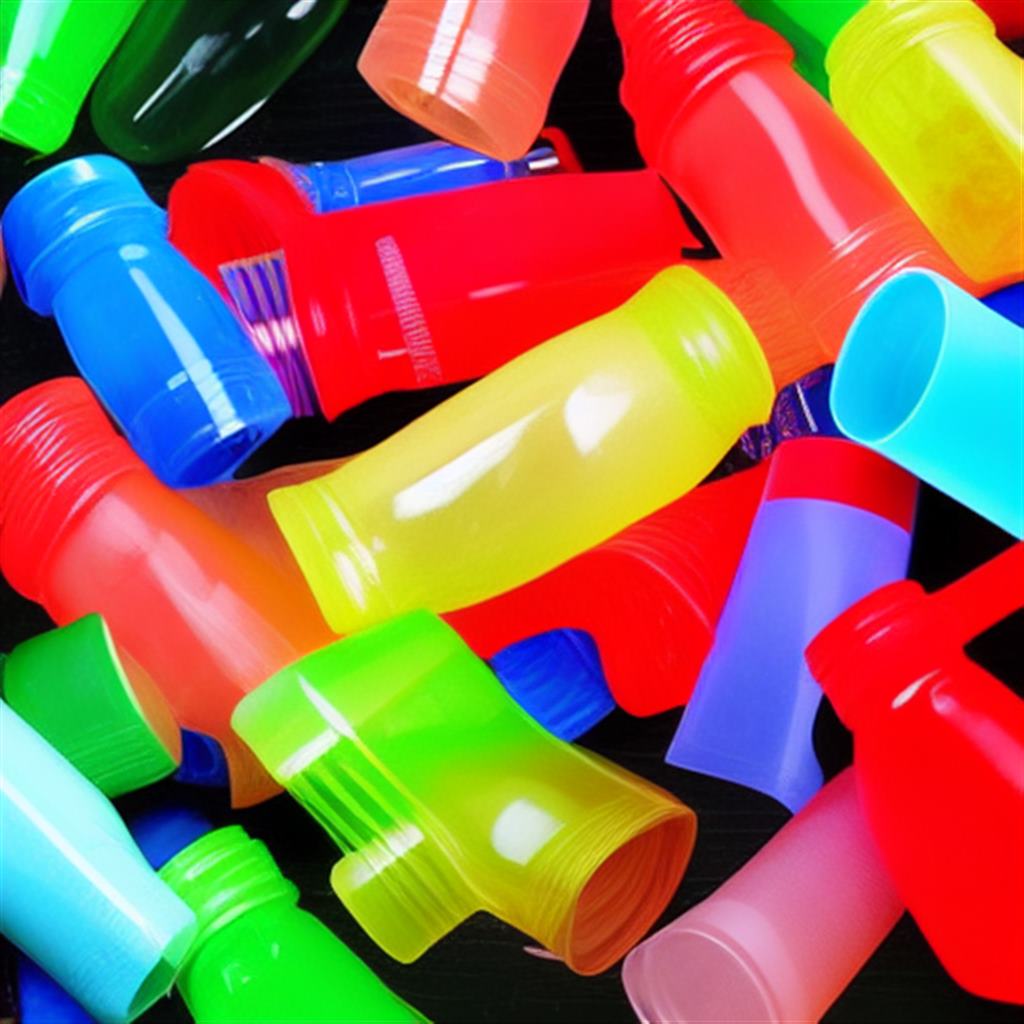 Plastics are used for a wide variety of applications, and can be extremely versatile. They’re lightweight and durable, as well as having excellent electrical and thermal insulation properties. In addition, plastics can help save energy, which is great for the environment. As a result, the use of plastics has grown rapidly over the past 60 years. In Europe alone, plastics manufacturing contributes to a GDP of over 300 billion euros and employs more than 1.6 million people.

Table of Contents:
1 Global recycling system is estimated to be a $200 billion industry
2 Regulations for reducing reliance on single-use plastics
3 Opportunities to’reuse’ plastics

Global recycling system is estimated to be a $200 billion industry

Recycling waste is a critical part of the circular economy. Globally, 270 million tonnes of waste is recycled each year. This amount is equivalent to the weight of 740 Empire State Buildings. It has been widely promoted as a green solution for rubbish, and it has become an industry worth up to $200 billion. Companies have lined up to buy the waste and turn it into valuable new products. Recycling is a profitable industry, and the trade in scrap materials has been brisk for years.

China was the world’s largest importer of recyclable materials until last year. The vast flow of global garbage has been a challenge for the country, which is already the world’s second largest polluter of marine debris. Its growing population and cheap labor make it an ideal location for recycling.

Recycled materials are used in many sectors of the manufacturing and mining industries. Recycling is also essential for the environment, as it can save up to 95% of fresh water. According to a Yale University/EPA study, the United States recycles less than 22% of its discarded materials, and the rate has hardly increased in 20 years. This is despite billions of dollars spent on recycling competitions, symposiums, and awareness campaigns. Although recycling is an important part of the waste cycle, most people have little knowledge of how to recycle things. This can lead to apathy and contamination of waste.

While the recycling industry is growing, the world is facing a number of issues. One of the major challenges is China’s environmental policies. The country is the world’s sixth largest exporter of recyclable waste. China’s ban, however, has caused a major upheaval in the $200 billion global recycling system. China’s recycling ban has cost the United States an estimated $5.1 billion in unrecoverable product.

Global waste production is growing at a rapid pace. In North America, the per capita waste generation is currently at 4.87 pounds. It is estimated that waste in sub-Saharan Africa and South Asia will double or triple by 2050. The waste burden in these regions will be higher than in the developed world.

Single-use plastics are made from fossil fuels and are intended to be discarded after use. They are most commonly used in packaging and serviceware. While plastic has been around since the mid-19th century, its popularity began to skyrocket in the 1970s, when plastic milk jugs replaced glass milk jars. It has become the most widely used material, and about half of the world’s production has occurred in the past fifteen years.

The General Services Administration (GSA) has published an Advance Notice of Proposed Rulemaking seeking public comment on regulations for reducing our dependence on single-use plastics. This proposed regulation would impose stricter rules and ban some single-use plastics. The GSA is acting pursuant to Executive Order 14057, which aims to promote clean energy industries and create jobs through sustainable consumption.

The regulation sets new requirements for manufacturers to reduce their reliance on single-use plastics by setting requirements for producer responsibility. This means that they must increase their recycling rates by providing their products back to consumers. This will help to prevent plastic waste from entering landfills. A similar program has been adopted in the United States and other countries.

Single-use plastics policy requires specific definitions, transparency, accountability mechanisms and clear institutional roles. Policies can include bans and restrictions on production and consumption of single-use plastic products, extended producer responsibility schemes to compel the manufacture of alternatives, and amendments to waste management legislation to promote the recovery of single-use plastics.

The ACP is encouraging citizens to reduce their single-use plastic usage and encourage the development of more biodegradable products. The initiative is labeled as the “#FirstStep” toward plastic-free waterways. So, how can we encourage our citizens to take action?

California’s Governor recently signed Senate Bill 54, which represents a landmark step in plastics recycling policy in the state. The legislation goes a step further than previous California laws, cutting production at the source and building a circular economy to fight climate change. In 2018, a global study reported that only nine percent of the plastics produced are recycled, leaving 91 percent of them to end up littering land and oceans.

Many local governments have introduced laws aimed at tackling this issue. California lawmakers recently proposed a statewide phaseout of non-recyclable plastic products. Plastics are harmful to the environment and to people. The proposed legislation aims to solve this problem and make consumers more conscious of what they buy.

Single-use plastics can be reused for a variety of purposes. For example, in the medical industry, plastic instruments are used to prevent the spread of infections, while in the food industry, disposable plastic containers keep food fresher. They are also a great way to help the environment by reducing food waste.

The New Plastics Economy initiative, launched by the Ellen MacArthur Foundation and the U.N. Environment Programme, has resulted in concrete targets for countries to reduce their plastic use by 2025. Many companies are already testing reuse solutions. It is estimated that recycling just 20% of the global plastic packaging could lead to a $10 billion business opportunity.

Single-use plastics are often made of fossil fuel-based chemicals and are designed for one-time use. Because they take so long to break down, they are a serious environmental threat. They take up to 450 years to decompose, and if left unchecked, they will pollute oceans, rivers, and land. Researchers believe that by 2050, there will be twelve billion tonnes of plastic waste in the world.

Most thermoplastics can be recycled using closed-loop methods. These processes are most effective when the constituents of the polymer are separated and stabilized against degradation. However, this is not feasible without significant subsidies, as the cost of petrochemical feedstocks is far lower than the cost of plastic waste and the cost of monomerization.

The report outlines three scenarios for the future of reuse and recycling. If all three scenarios were achieved, this would be a huge leap from the current status quo. In scenario one, up to 10% of packaging would shift to reusables, saving around seven million tonnes of plastic. In scenario three, anywhere from 26 to 46 million tonnes of plastic would be shifted away from disposables. As a result, plastic waste would almost disappear from the oceans.

The energy content of single-use plastics is recoverable by incineration. Depending on the type of plastic and its use, the energy can be used for electricity generation, combined heat and power, or as a solid refuse fuel in cement kilns and blast furnaces. In some countries, gasification through pyrolysis may also be possible.

Plastics have been recycled for decades, but the rate of recycling varies. It depends on the polymer used, the design of the packaging, and the product. For example, rigid containers made of a single polymer are easier to recycle than those made of mixed polymers. This makes it important to recycle a wide variety of single-use plastics, including beverage containers.

Reusable sachets can be a great way for businesses to reduce their plastic usage and reduce waste. Unilever and other companies are developing solutions to reuse their plastic sachets and make them more sustainable. The reuse and refill approach also allows businesses to save money and position themselves as forward thinking. 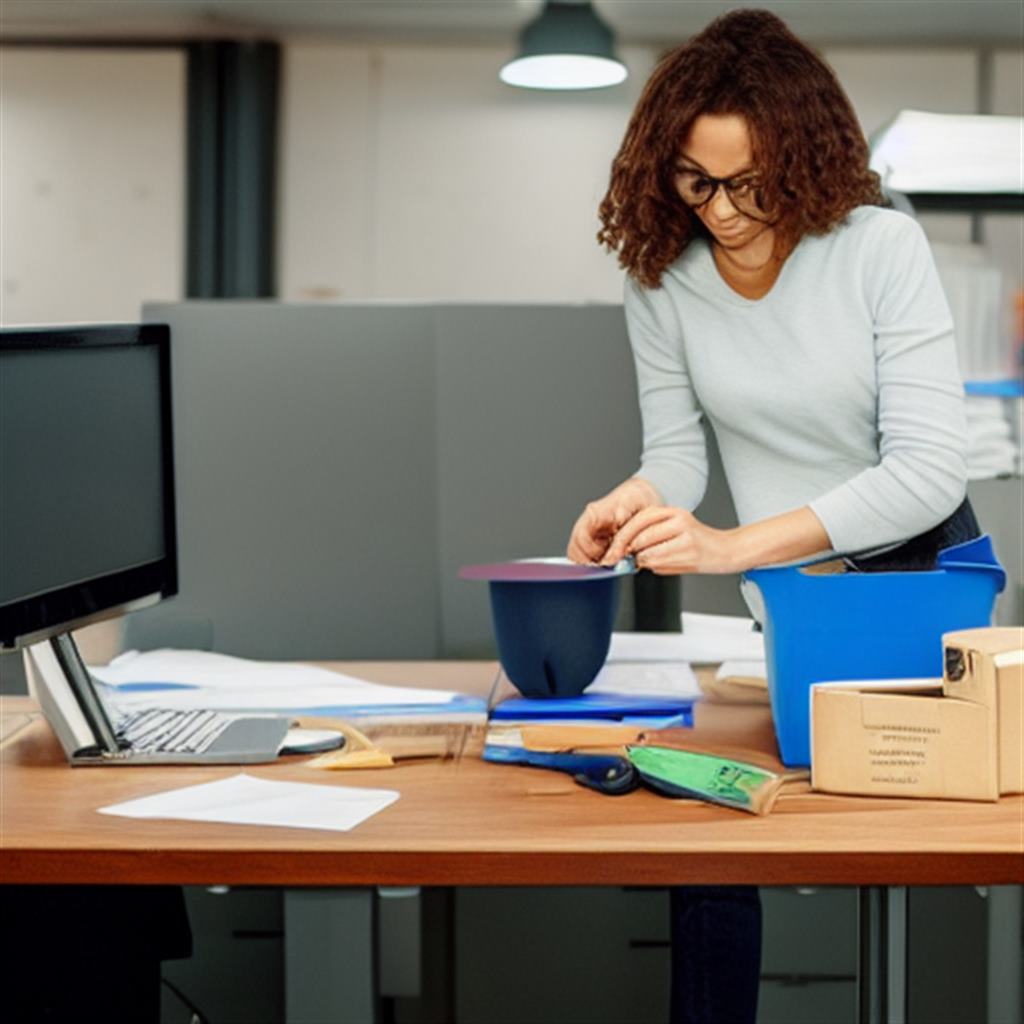 One of the easiest ways to reduce waste in the workplace is to make sure you are purchasing your office supplies in bulk. By doing so, you can reduce your 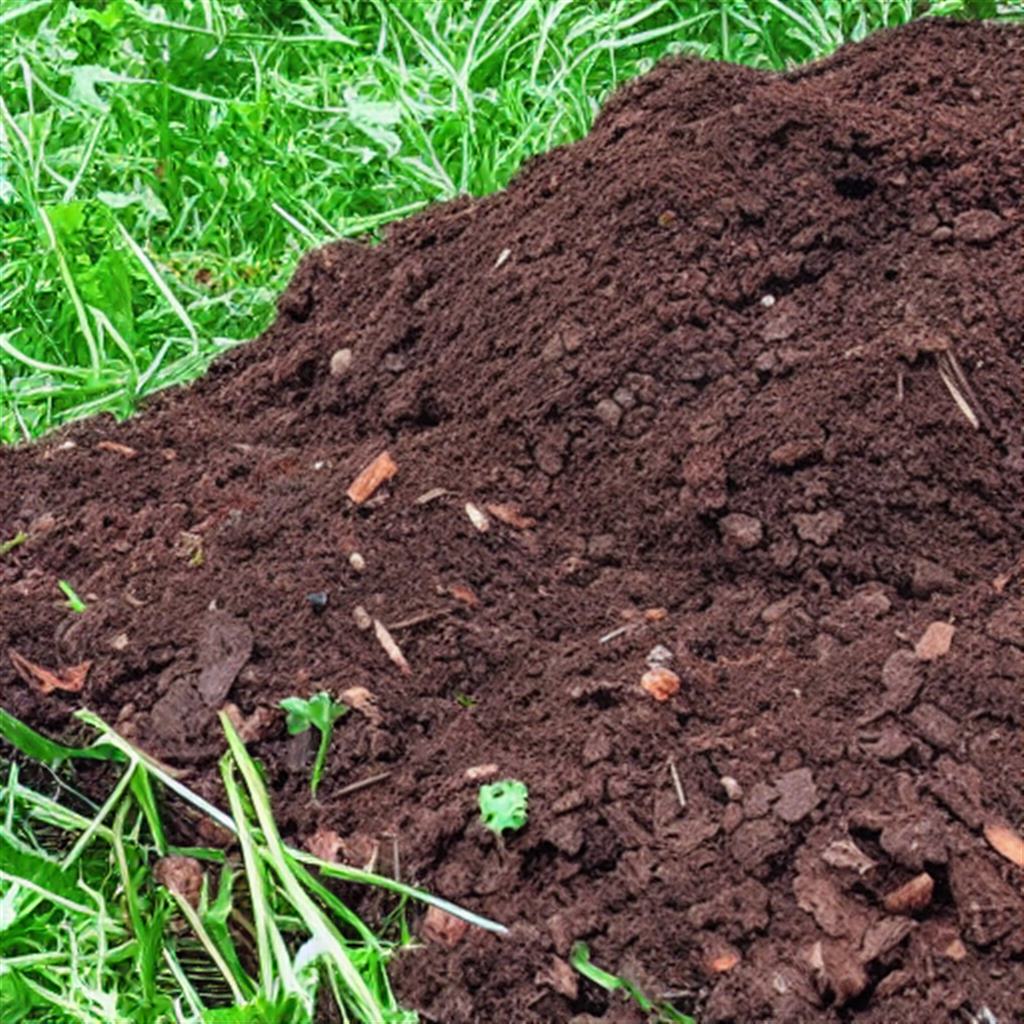 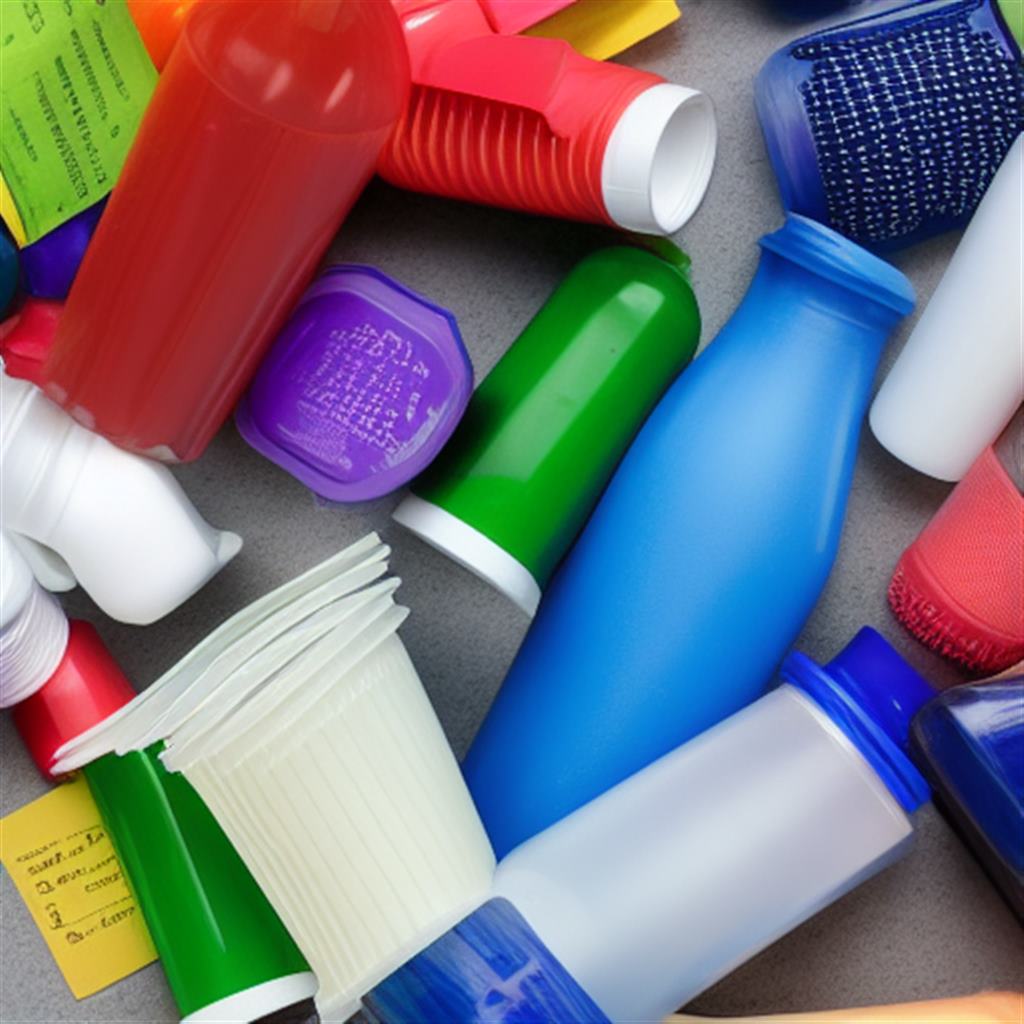 If you want to save money while protecting the environment, start by reducing your single-use plastic consumption. You can use reusable water bottles and cut down on takeout containers by